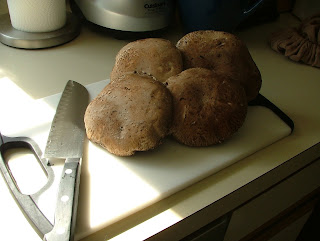 I will admit I had a former mushroom phobia. It came from a bad case of food poisoning, how ever I am proud to admit that I have been reformed. I now eat mushrooms on a regular basis. This recipe is based on a class I took on how to make homemade ravoli. Now I was over zealous and decided to try to make ravoli at home, let me tell you its alot easier with the 6 hands in class from the other people than the 2 hands I had to work with at home. So needless to say it didn't turn out as planned and I was left with chopped up mushrooms that I had to do something with so I changed the filling recipe to make a sauce.

Serve over Pasta or Chicken and Pasta. 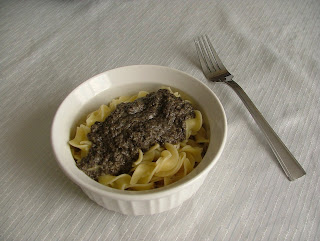