First I would like to thank Roger Goodell  the NFL Commissioner for having me host Pork A Palooza 2011.

You may ask why am I thanking Roger Goodell the NFL Commissioner because he changed how the draft works. Every year we threw an NFL draft party now I understand most of you would understand why some one would throw a Super Bowl party or a party on a random Sunday to watch the game. However you do not live with my husband who is a football fanatic, we watch the NFL combine, we watch the draft (all 3 days), we watch every football game the Chicago Bears play, and we always have a Super Bowl party.

So when it would be draft day everyone would be at my house early on Saturday morning ready to eat what seemed like at least 10lbs of meat a person. They would then call each other the next morning and talk about the meat sweats they had the night before.

But the commish he changed things last year he made the NFL draft move to a Thursday night during prime time. This made it rather difficult to have a party because people have jobs, children and other obligations on Thursday nights so this year when the NFL draft was still on a Thursday I decided we should do something during draft season. 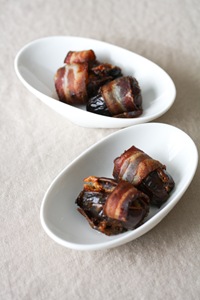 These are the dates which were amazing. 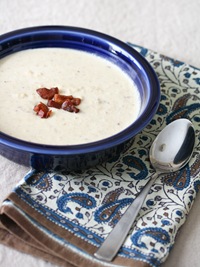 The Cauliflower and Bacon Soup, my personal favorite. 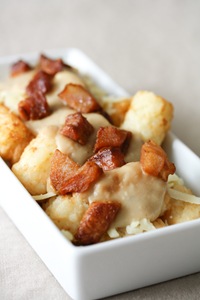 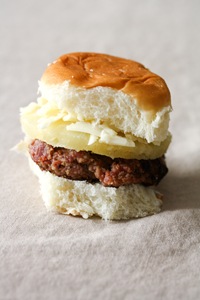 The Bacon Explosion Slider, we ran out of these pretty quickly. 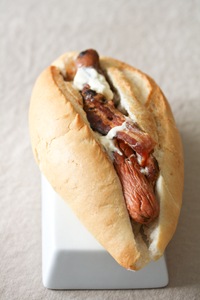 The Sonoran, messy to eat but oh so tasty. 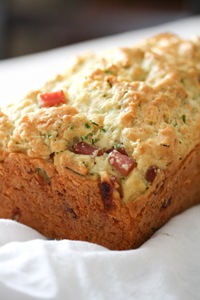 Ham Cheese and Chive Bread.
I didn't get pictures of everything as I was playing hostess and baby wrangler.
But this was the aftermath. 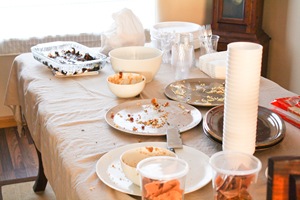 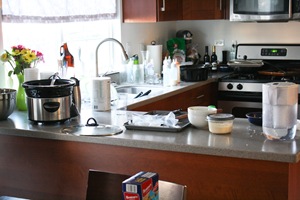 And Because this is already an awfully long post. I will be posting the recipes in another post.