What do you mean they made a mistake? 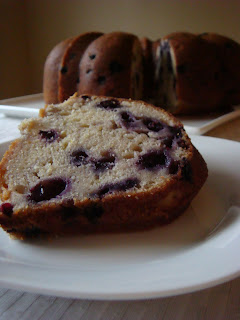 Although it sounds strange, baking really calms me down. So it has been unbearably stressful at work, like cry at your desk because you just can’t take it anymore stressful. So that means baked goods are being produced at a rapid pace. So last night I decided that an easy Bundt cake would do the trick. But as I arrived home from work I pulled up to my house and the shingles were off of the garage side of the house and P was standing outside. I stopped my car got out and said what is going on (ok there were more swear words but I try to keep it clean here). Apparently 3 houses down was getting their roof replaced and they made a mistake and started to take off our roof instead so half of my house has no shingles and is covered by a tarp and did I mention that it is supposed to rain here for the next few days. But I was so stressed out that all I could do is laugh. So laugh I did, and so it looks like P and I are getting a new roof for free. In the grand scheme of things barring no water damage, this actually is a blessing in disguise as we wanted to get a new roof before we sell our house in the next few years. So in honor of my new roof I made a Blueberry Lemon Bundt cake. I followed the directions but I think next time I will add the zest with the sugar and butter like most cakes do because the zest kind of clumped together. But all in all this was a great cake and made the house smell fantastic. 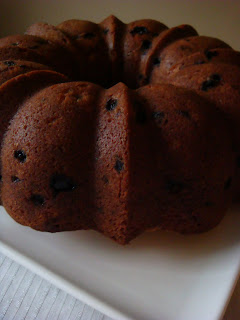 Preheat the oven to 350 degrees. Spray a 12 cup Bundt cake pan with nonstick baking spray and set aside. In a bowl combine the flour, baking powder and salt and set aside. In the bowl of an electric mixer cream together the sugars and butter until light and fluffy. Add eggs one at a time beating until each is incorporated. Beat in the vanilla, reduce speed to low and add flour in three additions alternating with 2 additions of sour cream. In a bowl toss together the blueberries, zest and tablespoon of flour. And Fold gently into the batter, spread the batter evenly in the pan. Bake for 60-70 minutes or until a cake tester comes out clean. Cool in the pan for 15 minutes, then invert the pan onto a cooling rack and cool completely.

Based off of Blueberry Lemon Bundt Cake by Martha Stewart.