P and I went on a mini vacation to Atlanta and I think I'm still recovering from the sugar overload almost a week later. We had so much fun seeing his sister and her husband and our beautiful twin nieces. But this vacation we checked out some bakeries because I wanted to check out some southern bakeries to see what they had to offer that we didn't normally have up north. The First Bakery we went to was Highland Bakery whose website can be found here. 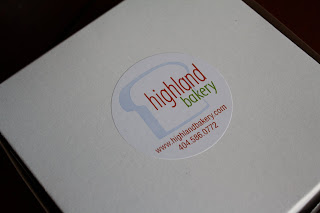 And it was here that I decided that I was going to a Red Velvet Cupcake comparison of all of the bakeries figuring that this is one of the things that is really popular in the south but isn't seen as much in Chicago.

So at the Highland Bakery we purchased a Red Velvet cupcake, a German Chocolate Cupcake and Peanut Butter High Hat Cupcake. 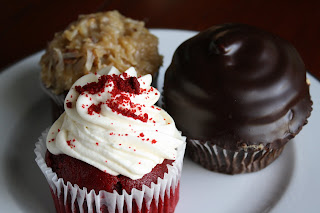 Then I saw this Caramel Pecan Tart and had to have it. 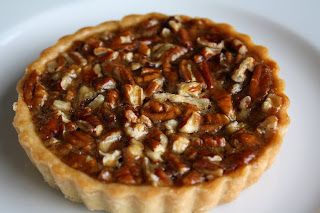 And of course who could pass up a Cream Cheese Brownie. 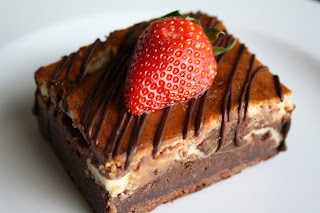 The next Bakery we went to was the Atlanta Cupcake Factory whose website can be found here.
So we purchased 6 cupcakes which were of course a Red Velvet, Caramel Apple, Peanut Butter Cup, Chocolate Banana, Coconut, and a Sugar Cookie with Salted Caramel Frosting. 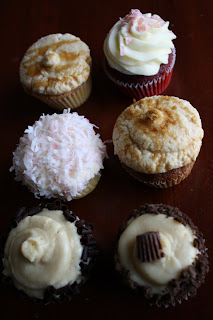 And Last but not least we went to Metrotainment whose website can be found here. We purchased Red Velvet, Carrot Cake and Pineapple Cupcakes. 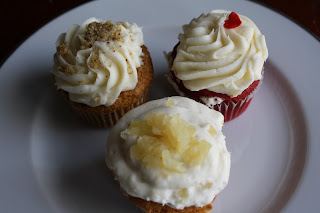 On our walk from Highland Bakery to the Cupcake Factory, I spotted a sign that said Chocolate and if you know me by now you know we had to stop. I mean a large sign that says Chocolate on the side of an industrial looking building I was really intrigued. We walked into a beautifully decorated space with many types of chocolate to choose from, and what was this place called? Cacao and its website can be found here. 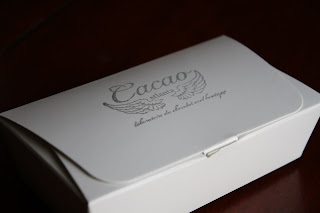 And among the many chocolate to choose from including TCHO and a few other artisan brands they had hand made truffles. So I bought 4 flavors Peanut butter, Mint, Bourbon, and Vanilla Bean. They were all a little too bitter for me to love but P's Sister really liked them and you could tell that they were really good quality. 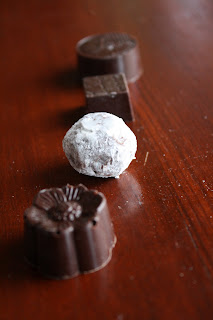 And Last but certainly not least, we had to go some where for P. And So we went to the infamous Man vs. Food Pizza Challenge restaurant. Otherwise known as Big Pie in the Sky whose website can be found here. We got the 30 inch Bacon Cheeseburger pizza and it was good. 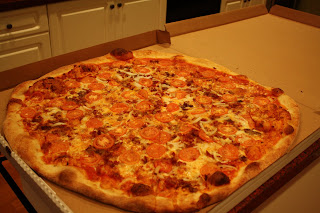 Look how big it is, it would barely fit in the mini van no way it would fit in a car with out tilting it! 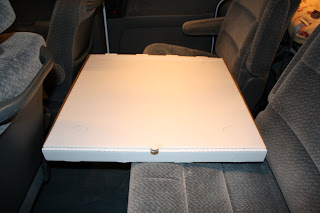 Just for some perspective on how big the slices actually are. And P was able to put down 3 1/2 slices no problem. Looks like Man vs. Food should have picked him to compete with! 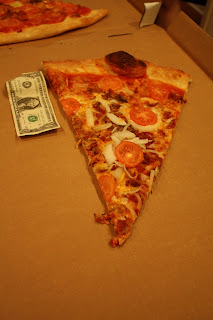 So as for the Red Velvet cupcake comparison, It was split, Metrotainment had the best cupcake and Highland had the best frosting. The cupcake factory uses almond extract in their cream cheese frosting which we just didn't like with the cupcake. Other favorite cupcakes include the Peanut Butter High Hat which was eaten in about 15 minutes, and I liked the Sugar Cookie but I was alone in that so that just meant more for me. The Caramel Pecan tart and Cream Cheese Brownie were REALLY good. All in all a great trip with a lot of good food and great company. And can I just say that leaving 75 degree weather and coming home to 35 degrees was not fun!
Email Post
Labels: Brownies caramel Cupcakes Frosting Tart