Is anything really perfection? 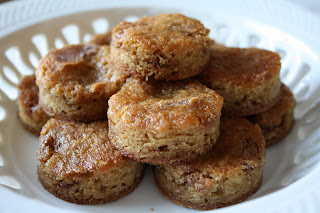 I have issues just like anyone, one of them is that I'm really hard on myself. If something doesn't come out perfectly I'm really disappointed and feel like I failed. I'm like this with everything but especially baking and cooking, which we all know you can't be perfect every time. Yet I still try to achieve perfection. So I have been working on some hopefully exciting things in my life and was hoping that I could actually get a blondie recipe to work on in half sheet pan. I have been trying recipes for years to change and get to work in that quantity and haven't found one that works. So with my love of Snickerdoodles when I saw the Snickerdoodle blondies on Peabody's site I knew I had to give this recipe a shot.

So I figured 9x 13 pan I could probably double it and it should work on a half sheet right, WRONG. After I put the pan in the oven I went to sit down and tried to catch up on my google reader/email. I started to smell burning, and thought oh no (ok I thought way worse words but my mom reads this and hates when I swear). So I ran to the oven and sure enough, the pan was overflowing all over the oven. So I quick grab it out of the oven and think well that was a failure, and start to get down on myself. But I then I thought maybe I can save this. So I scooped out about 1/4 of the batter and smoothed it all over. And stuck it back in my smoking oven.

While it was finishing baking, I figured I would use the batter I scooped out and put it in some ramekins, I didn't feel like baking those too as I knew I would now have to let my oven cool and deal with the mess inside so I put them in the microwave. And what came out was fantastic, warm and gooey and buttery I ate a whole ramekin, and it was a good thing I did. Because when I pulled the Snickerdoodle blondies out of the oven it was not a pretty sight. Let's just say I was able to salvage some to eat and take pictures of but scooping mid bake did not make for a nice looking bar. So back to the drawing board once again. So I will have to make these in the normal size because I know they have to be good. So I'm not giving you my whole recipe because well it didn't work out, I changed the one below to use the ingredients that I used and the amounts that I would have used in the regular siz version. So please try the real recipe or the regular size one, I'm still working on the half sheet and I'm hoping to have it cracked soon. 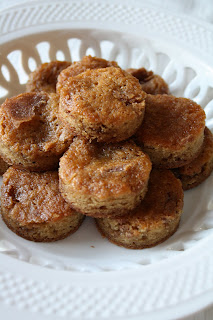 I doubled everything and then used a half sheet pan.

Preheat oven to 350 degrees. Butter a 9 by 13-inch pan. Sprinkle a little cinnamon sugar and move pan around to make sure that the bottom and sides are coated. Set aside.
In a medium bowl, mix together the flour, baking powder, baking soda, salt, nutmeg, and cream of tarter.Cream together the butter and sugars. Beat for three minutes scrape down the bowl after creaming. Add the cream cheese and beat until fully incorporated. Add eggs, one at a time, scraping down the bowl after each addition.Add the vanilla and mix until combined.
On low speed add the flour mixture. Mix until fully incorporated.
Spread mixture evenly into prepared pan. This will be hard as it is a thick batter. I found it easiest to just wet my hands a little and press the batter into the pan. Then even it out afterwards with a spatula. - This is really helpful it was a really thick batter.
Sprinkle more cinnamon sugar on top of the batter.
Bake for 20-25 minutes. 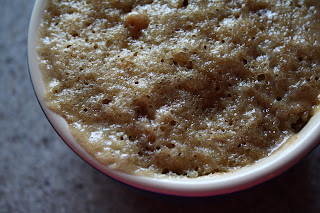